The awards were conferred at the Liszt Academy on 25 March, 2017, the 136th anniversary of Béla Bartók’s birth.

In accordance with the will of Bartók’s second wife and widow, Ditta Pásztory, the Béla Bartók– Ditta Pásztory Prize was founded in 1983. A part of the royalties from licensing the copyrights of Bartók’s works serve as the financial source of the award. The recognition – in conformity with Ditta Pásztory-Bartók’s will – is granted by a professional commission consisting of renowned academics of the Liszt Ferenc Academy of Music to composers, individual performers and ensembles who have significantly contributed to the development of music life in Hungary and to the maintenance of Béla Bartók’s legacy. 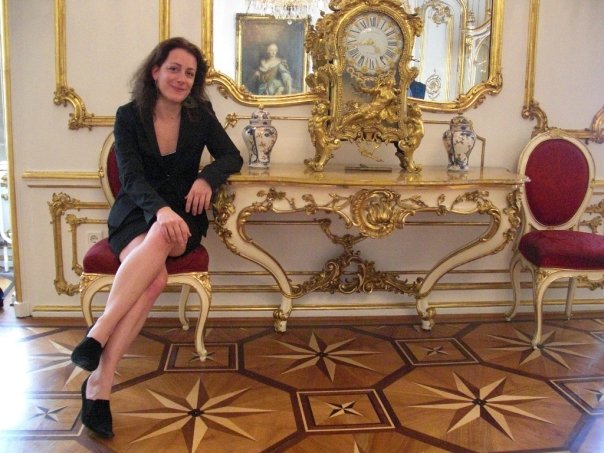 The award ceremony took place at the Liszt Academy on 25 March, 2017. The audience was addressed by the President of the Liszt Ferenc Academy of Music, Dr Andrea Vigh. She then read out the parts of Ditta Pásztory-Bartók’s will that applied to the prize. Dr Vigh then invited two members of the award commission, Prof János Devich (professor emeritus) and the Vice President of International and Scientific Affairs, Gyula Fekete to deliver their laudation speeches.

The career of Gábor Takács-Nagy, awardee of the performer category, was summarised by Prof János Devich, who pointed out that as the first violinist of the Takács Quartet, Gábor Takács-Nagy had quickly set off on his path and developed a close relationship both with the maestros of the Liszt Academy and with Bartók’s string quartets, then he “replaced his four strings with all instruments of a symphony orchestra” and often acted as the conductor of the Liszt Academy Symphony Orchestra. Prof Devich emphasised that Gábor Takács-Nagy had been regarded as a highly promising musician already at a young age, which was later justified by his work, career, achievements and the role he plays in the today’s international music life.  In praise of Gábor Takács-Nagy personal and artistic qualities, Prof Devich suggested that he could bring characters to the surface, reinforced tensions and could come to a reconciliation in a catharsis. He added that Mr. Takács-Nagy was “charismatic both as a musician and as a person”.

The conductor Gábor Takács-Nagy expressed his thanks in a video message, as he was giving a concert abroad at the time of the award ceremony: „I am deeply touched to have won this prestigious prize. I feel truly happy to be recognised. I really hope to be deserving.” – He pointed out that “since I started working with Bartók’s gigantic music, I have been giving thanks that I’m a musician.” He added that although it was not easy to penetrate Bartók’s world, but the better he knew the composer’s oeuvre, the deeper he bowed before him.

While describing the composer Judit Varga’s career, Gyula Fekete, member of the commission and Vice President of International and Scientific Affairs of the Liszt Academy stated that in addition to composing music, Judit Varga was also a piano soloist and chamber musician, who regularly gave concerts with the world’s leading music ensembles and orchestras all over the world. Her works are played at prominent festivals and in grand concert halls – such as the Wien Modern, Konzerthaus and Musikverein in Vienna, the Muffathalle in Munich, the Cité de la Musique in Paris, the Juilliard School in New York, the Warsaw Autumn, the Budapest Autumn Festival, the Mini Festival or the Hungarian State Opera – with great success. Since 2013, Judit Varga has been teaching composition both at the University of Music and Performing Arts in Vienna and the Liszt Ferenc Academy of Music in Budapest. Her art was described by Gyula Fekete as follows: „her music is characterised by extreme sensitivity to harmonies, her qualifications, experience as a music performer, cultivation, wisdom and exceeding expertise in music history are the cornerstones of the extraordinary value of her works.” He added that Ms Varga’s unparalleled virtuosity was fascinating but never self-focussed. On the contrary, it carried the most profound human emotions. „Her music conveys a message, which is the property only of great artists.” He noted that despite her numerous awards and competitions prizes, Ms Varga also composed soundtracks for films and theatre productions but was also credited with designing the musical image of the Prima Primissima Award.

Judit Varga considers the prize a great honour. She suggested that she was “a simple country girl”, who had decided to become a musician when she was in kindergarten. This goal could only be achieved with the help of the music teachers and educations systems that were founded by Bartók and Kodály. As she stated: „Music has become my mother tongue, for which I am grateful to Bartók’s music.”

In previous years, the prestigious prize was granted among others, to the pianists Annie Fischer, György Cziffra, András Schiff, Tamás Vásáry, Ilona Prunyi and Dénes Várjon, the conductor György Solti, the opera singer Éva Marton, the conductor and pianist Zoltán Kocsis, the violinist György Pauk, the choral conductor, Péter Erdei, the composers Gyula Fekete and Zsófia Tallér, and the trombonist, Gusztáv Hőna. Prior to the award ceremony, to remain faithful to the tradition, flowers were placed at Béla Bartók’s tomb in Farkasrét Cemetery.